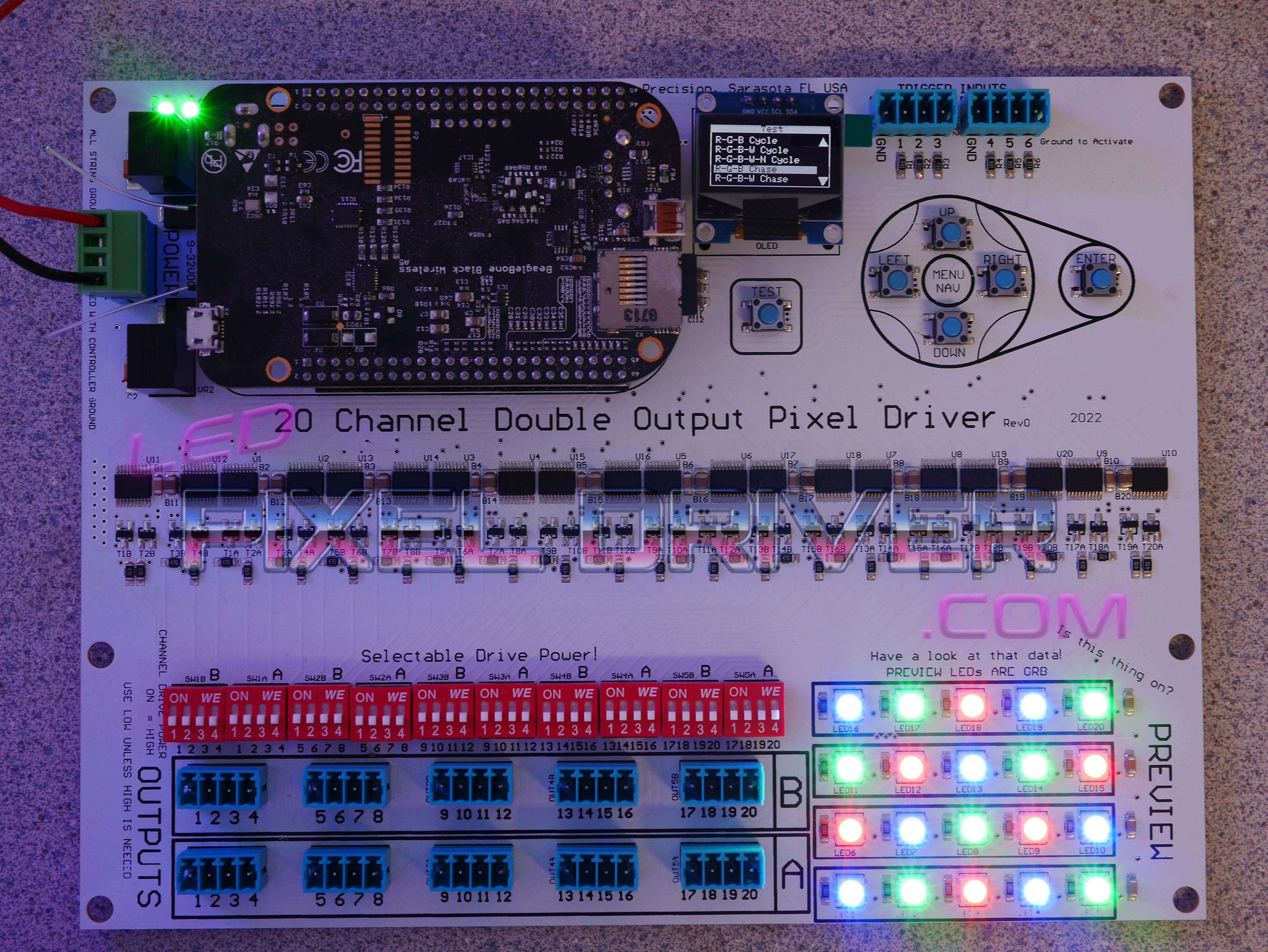 
This pixel driver board interfaces your BeagleBone running Falcon Player Software to 20 Channels of RGB pixels. It will operate on a supply voltage of 9-32VDC. This board contains no "smarts" and simply provides power to the BeagleBoard, has drivers/amplifiers for the data channels, provides 6 opto-isolated trigger inputs, and menu OLED with navigation buttons. Think of it as an interface between the powerful but fragile BeagleBoard and the harsh reality of the outside world.
The board boasts high current 5v data drivers with TVS protection to prevent accidental damage of the channel outputs. Opto-isolated hardware debounced trigger inputs protect your BeagleBoard from the real world, allowing any dry contact like a relay or button to trigger a configurable function in the Falcon Player. 6 inputs are built in. Even the menu navigation buttons are hardware debounced for hassle-free operation.
First offered by LEDPIXELDRIVER.COM, the board features preview LEDs that give a glimpse of the data for each channel at the first address. Your addresses are NOT affected by this feature. Another never before seen feature that this series of boards pioneers is selectable output impedance or "drive power". With a simple selection on the DIP switch, you can pick between normal and high power for those long wire runs. We've seen as much as double the distance capable with this feature. If you have a nice short connection to your first light, leave the channel in low power mode to minimize signal ringing.
You won't find a driver with better signal integrity.

The BeagleBoard is NOT included. We have Beagle Boards for sale separately based on availability. This setup works best with the BeagleBone Black WiFi. Some connectors may be blocked on other versions.